The District of Jarocin is situated in the centre of the southern part of Wielkopolskie voivodeship. Rivers that surround the district: Warta (north), Prosna (east), Obra (west). River Lutynia and its side streams Lubieszka, Kotlinka and Lubianka cross its centre. The District of Jarocin is one of 31 districts of the voivodeship. Its neighbours are the districts of Środa Wielkopolska (north), Września (east), Pleszew (east and southeast), Krotoszyn (south), Śrem and Gostyń (west).

Local authority units this district comprises are: the cities of Jarocin and Żerków, as well as the municipalities of Jaraczewo (divided up into 22 sołectwa; sołectwo is an auxiliary rural government unit in Polish local government system), Jarocin (23 sołectwa), Kotlin (12 sołectw), Żerków (21 sołectw).

Most part of the district of Jarocin is set on a plain and sparsely forested area of Wysoczyzna Kaliska uplands, with predominant farming zones. The highest elevations, of moraine origin, are to be found in the proximities of Żerków. The highest spot is Łysa Góra (161 MASL). 65% of the District of Jarocin’s surface is an arable land, used for farming purposes. Grass meadows and pastures, i.e. permanent grasslands that create favourable conditions for vegetation, occupy 7% of the district’s area, whereas forest lands account for 0.2%. Wastelands and other lands account for approx. 1% of total area. The district’s forests occupy the total of 10,915 ha (some 27,000 acres), i.e. 18.7% of the total area. In these terms, the municipality of Jarocin leads the list with 26% of forests’ share in its territory; it is then followed by the municipalities of Jaraczewo (17.1%), Żerków (14.9%) and Kotlin (11.2%).

The northern part of the district, situated over the Wał Żerkowski hill (up to 161 MASL of altitude) is particularly attractive, as it gently descends into Pradolina Warciańsko-Odrzańska [broad, glacial Warciańsko-Odrzańska valley], protected within the limits of Żerkowsko-Czeszewski Landscape Park.

The natural territory of The District of Jarocin counts with the following forms of conservation: protected landscape zone, landscape park, EU Natura 2000 protected zones, as well as 94 objects listed in Polish registry of the Monuments of Nature. Also, the district protects the parks with historic stands of trees, in accordance with the laws of monument protection and care, and nature conservation laws.

On 29 September 1989, the Voivodeship’s National Council in Kalisz passed a bill no. XII/74/89, establishing the Protected Landscape Area “Szwajcaria Żerkowska” of 14,750 hectares (some 36,450 acres), comprised within the limits of kaliskie voivodeship (now inexistent, due to a major reform of Poland’s regional authority in 1999) and covering the district’s municipalities of Żerków and Jarocin, as well as the rules of use of this area. In 2001, the Land Use Plan approved for wielkopolskie voivodeship reinforced this nature protection entity.

Moreover, the entire park in Tarce was recognized as natural monument in 1982. An interesting manorial/palace/park complex is located in Witaszyce. Mr. Leszek Bajda has described the parks in great detail in “Gazeta Jarocińska” weekly magazine.

The District of Jarocin’s forests occupy the total of 10,915 ha (some 27,000 acres), i.e. 18.7% of the total area, according to official land use records. In these terms, the municipality of Jarocin leads the list with 26% of forests’ share in its territory; it is then followed by the communities of Jaraczewo (17.1%), Żerków (14.9%) and Kotlin (11.2%). There are no homogeneous, primeval forest-type areas; however the forest areas’ development is influenced by several forest tree species’ occurrence limits dividing the zone, e.g. Norway spruce, silver fir, common beech. As a result of centuries-long expansion of farming activities into forest areas, the forests have survived on the lowest-quality soil, with the Scots pine predominance, as this species has relatively low habitat requirements. It amounts to 60-70% of all trees in Jarocin and Piaski forest districts, whereas in Taczanów forest district it reaches the level of 80%. Also, the National Forest Holding is in charge of forest management by regular selection of the best forest stands and single trees, seed harvest and industrial crops. Jarocin has at its disposal a high-tech seed harvesting facility, whereas approximately 21,000 ha (some 51,900 acres) of land are occupied by protective forests within the limits of Jarocin forest district. 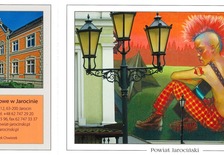 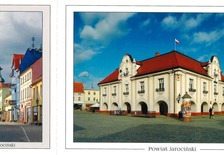 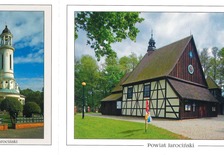 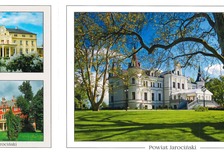 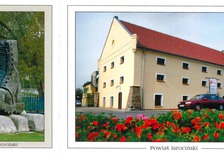 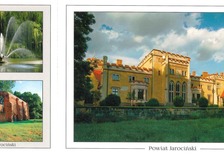 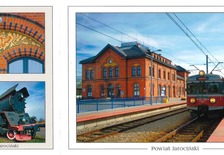 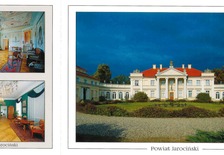 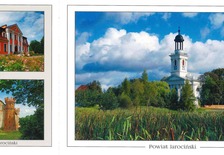 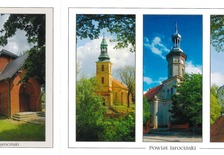 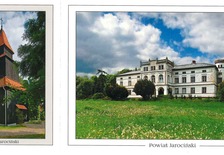 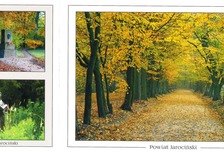 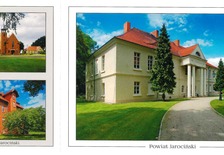 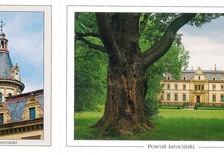 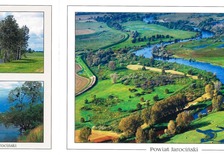 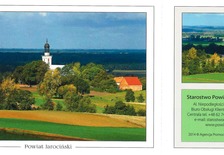